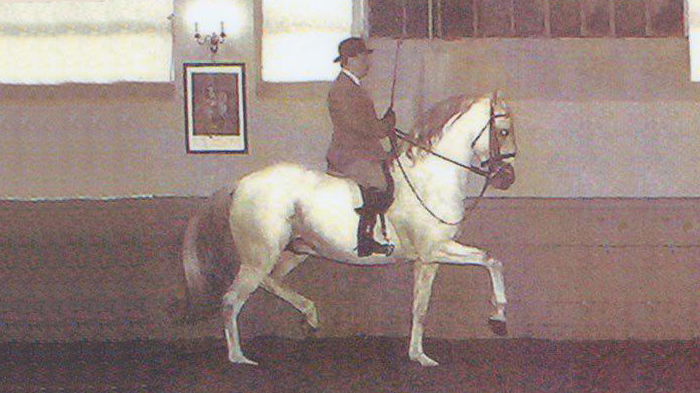 One of the last keepers of the ‘Grail’ of Classical Dressage, which he referred to as ‘the Pure School’. 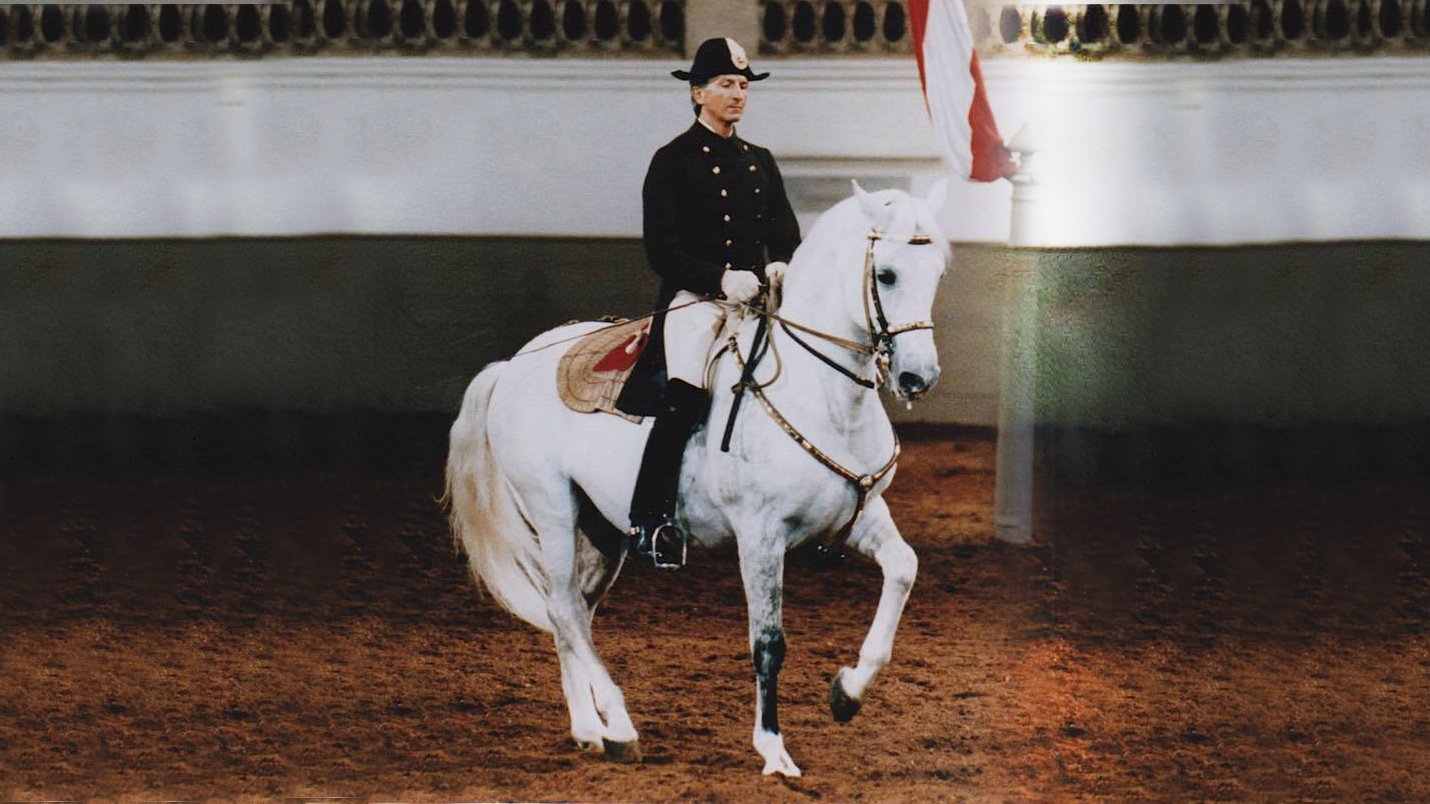 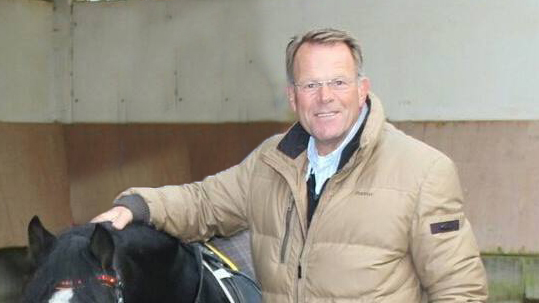 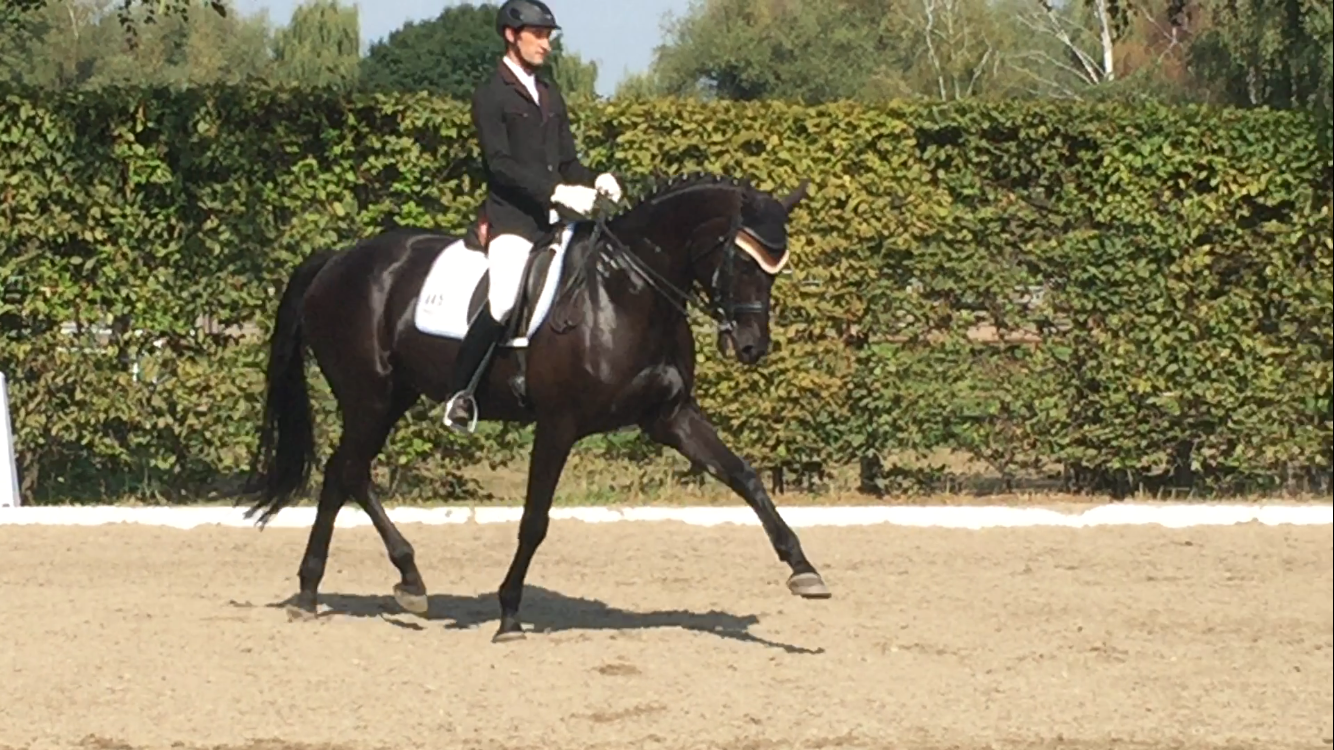 by Grafenstolz x Feiner Stern
He was showed in dressage and show jumping competitions up to higher level. 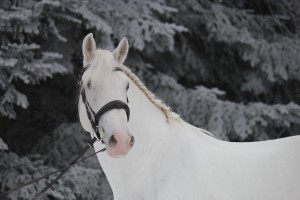 One of the best Lippizaner young stallions of his year with very good movements. We would like to thank Mag. Janez Rus and Dr. Bostjan Bizjak who made this possible. 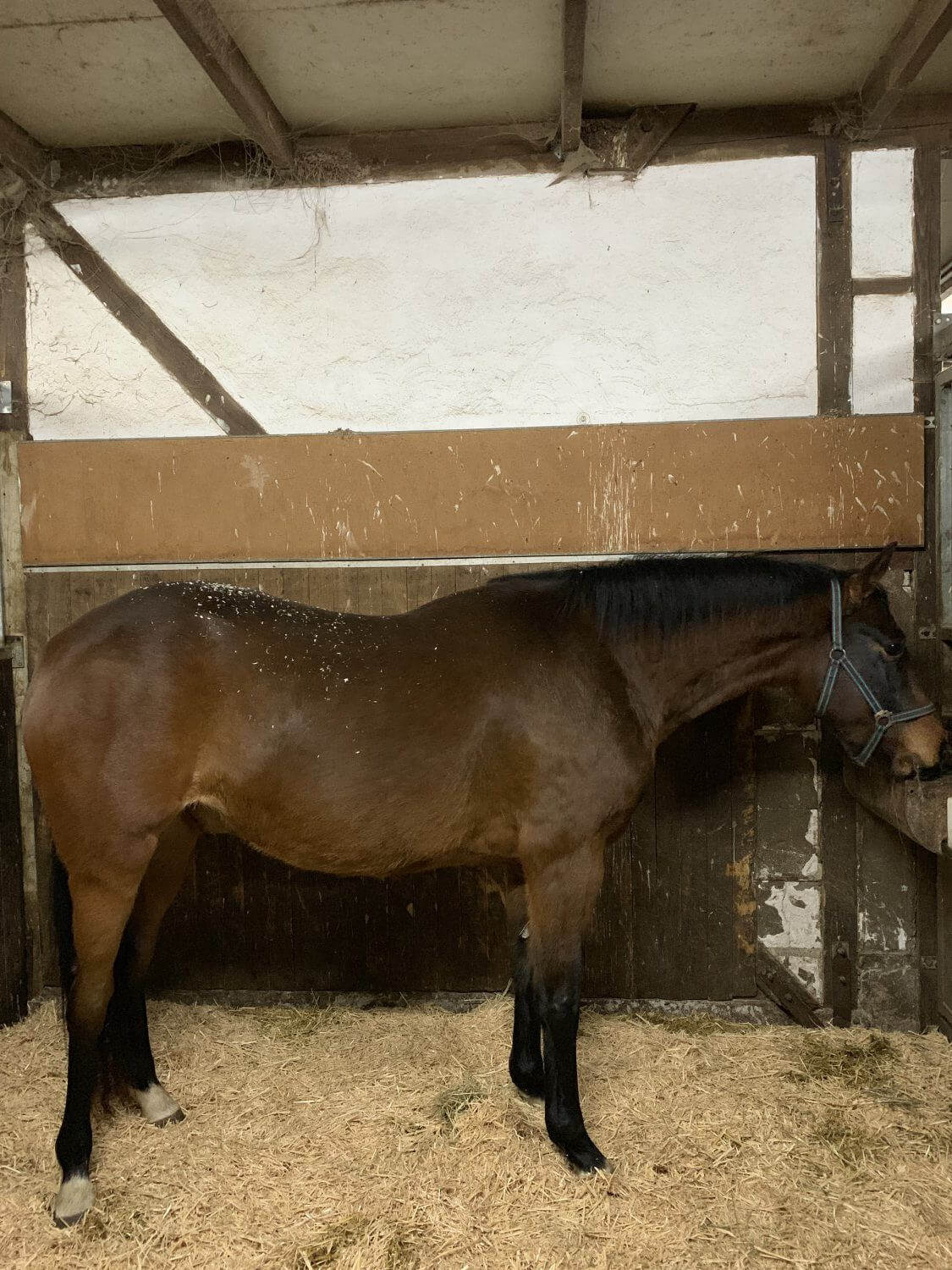 of Quaterback x Paradiesvogel
Our young horse, he is prepared slowly and gently for the work under saddle. 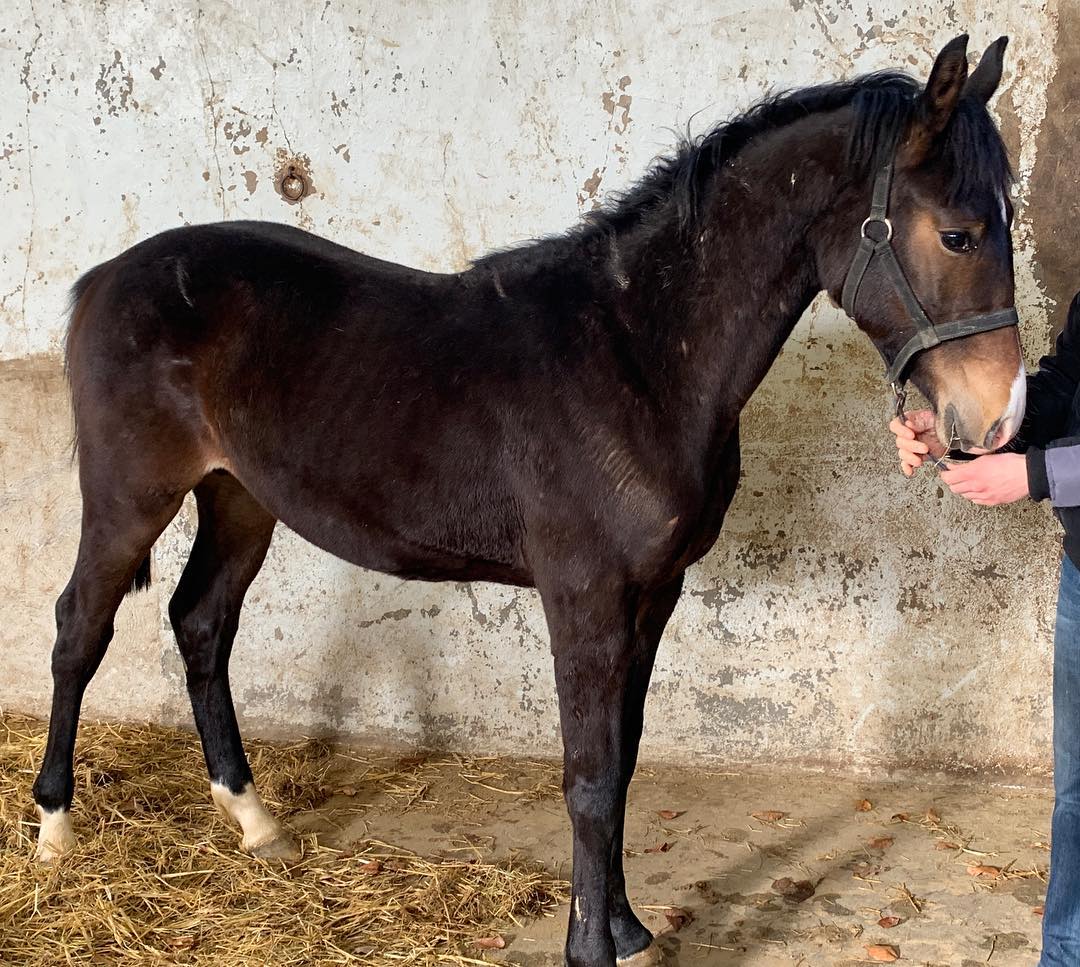 by Hicstead White x Quidam’s Rubin
The Youngster of our horse Family was bred by Family Wilting from Ostfriesland, the north of Germany. 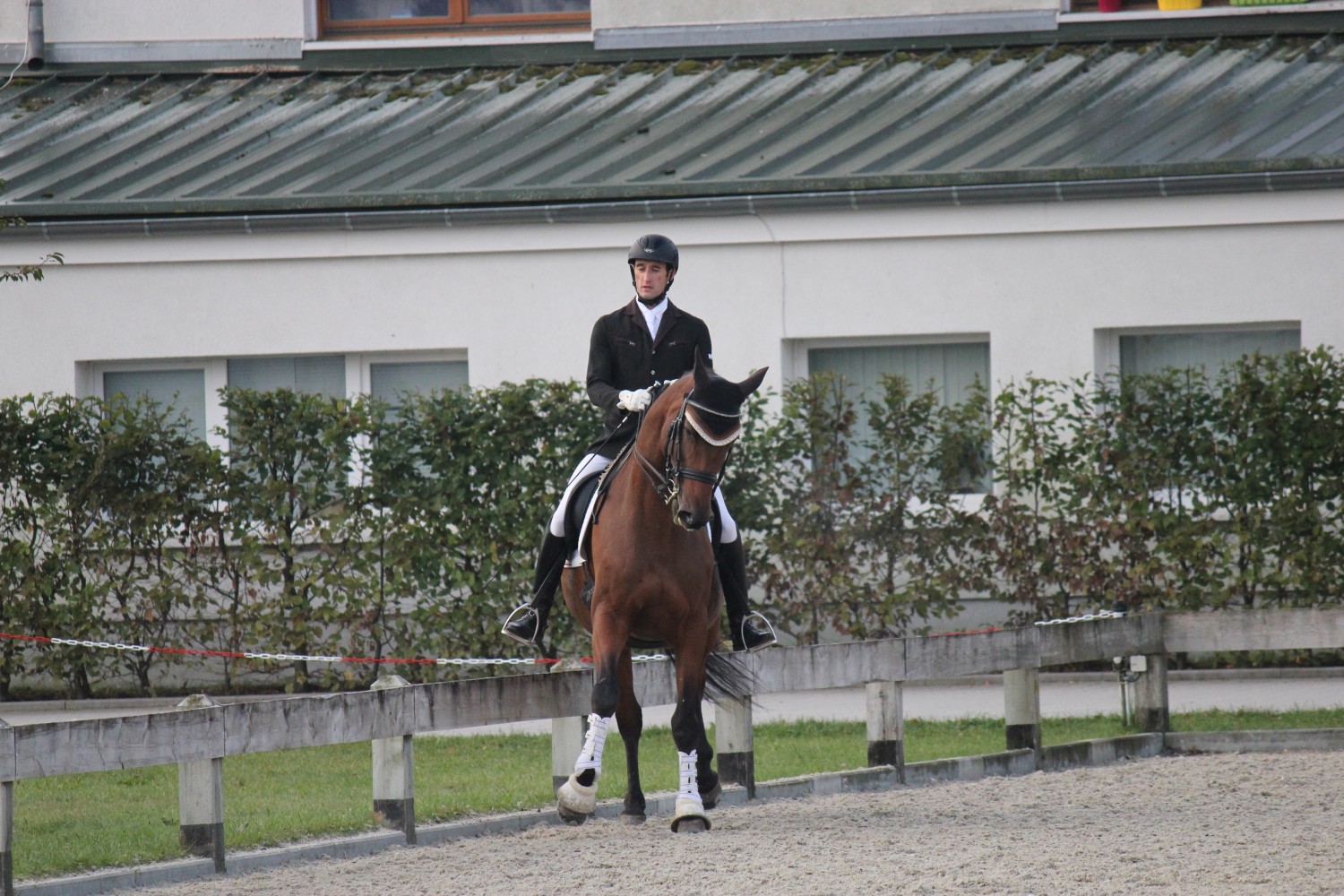 by E.H. Lehndorff
He came to us as a yearling from a small stud in Germany. In summer 2018 we gave Brilliant to one of our master students. He is now at home in Hungary with Mariette May Wassibauer and they’re successful performing the “Small Tour”. 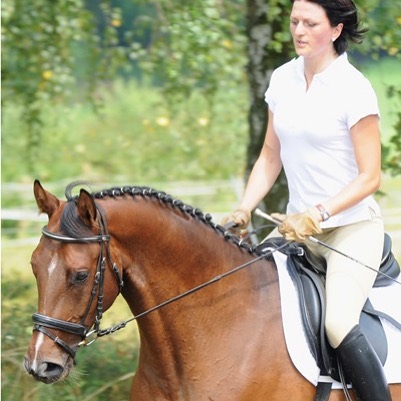 by Elfengeist (Trak.)
In 2014 we decided, on the spur of the moment, to sell him to one of our Swiss students. There Elfenherz continued to compete at the M-Level and is enjoying his life as a neutral Swiss citizen. 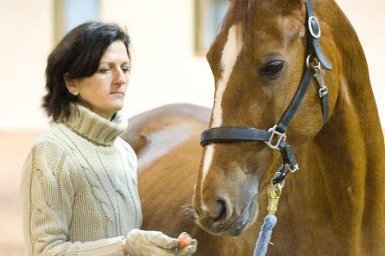 Utina was my masterpiece. In March 2009 we decorated the cover page of Cavallo Horse Magazine as part of an article about “Work in Hand and Under Saddle.” In January 2019, when she was 29 years old, we made the decision to put her to sleep. 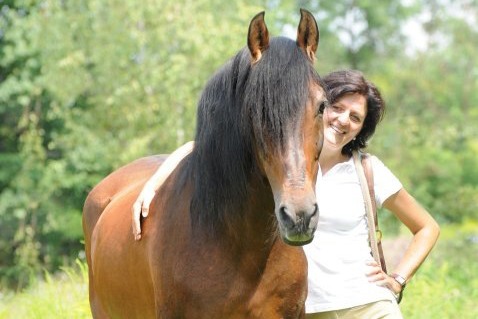 Escadalo was trained in Madrid and used for bullfighting. He was severely injured during a “Corrida”. Escadalo was our heart horse. At the age of 29, he had to be euthanized. We will never forget him! 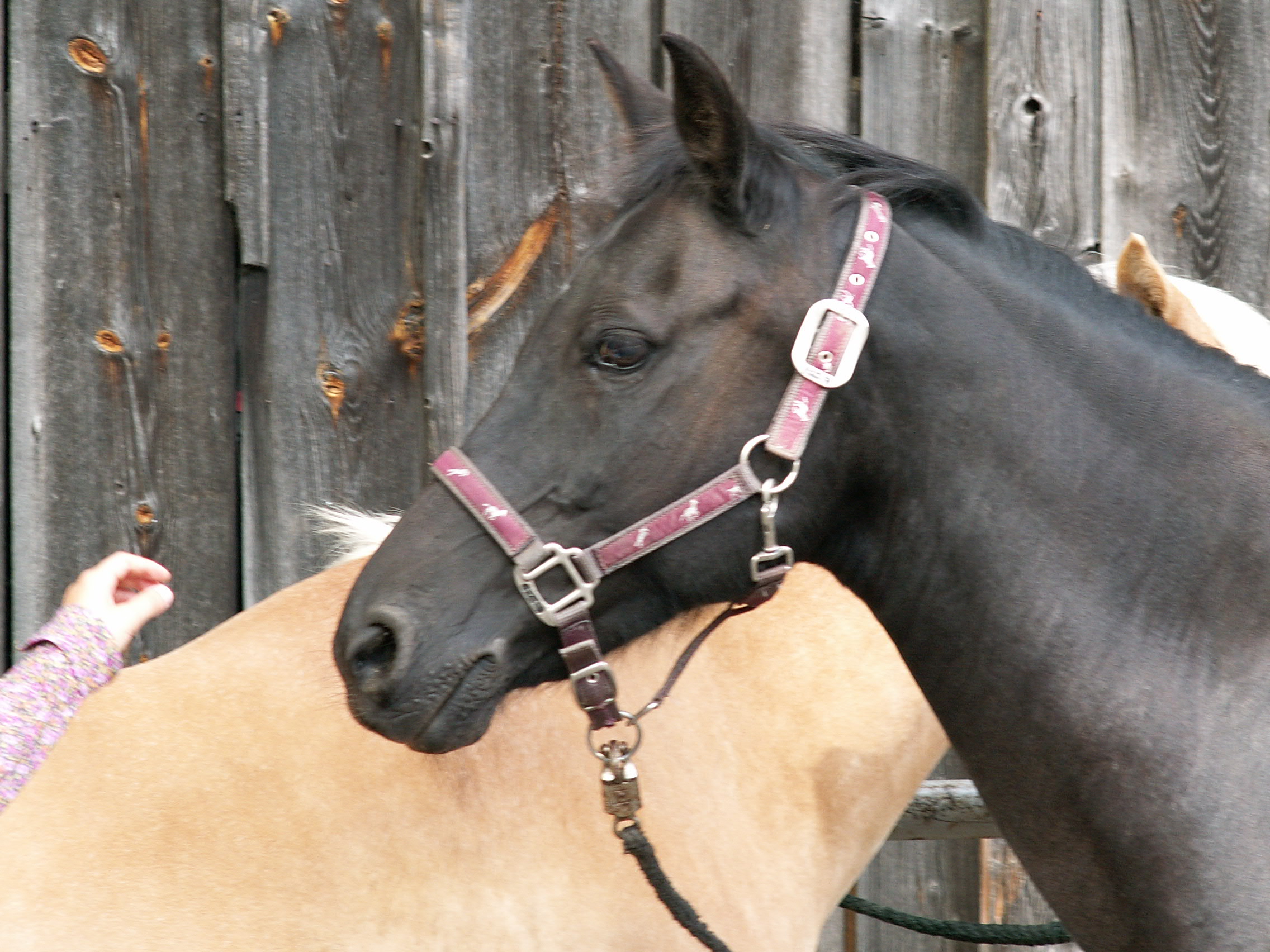 Fraggle, a Haflinger, and Bijou, a German Riding Pony were with us during our time at the Neurod Equine Center. They were available for lessons. We trained both of them to the L Level. 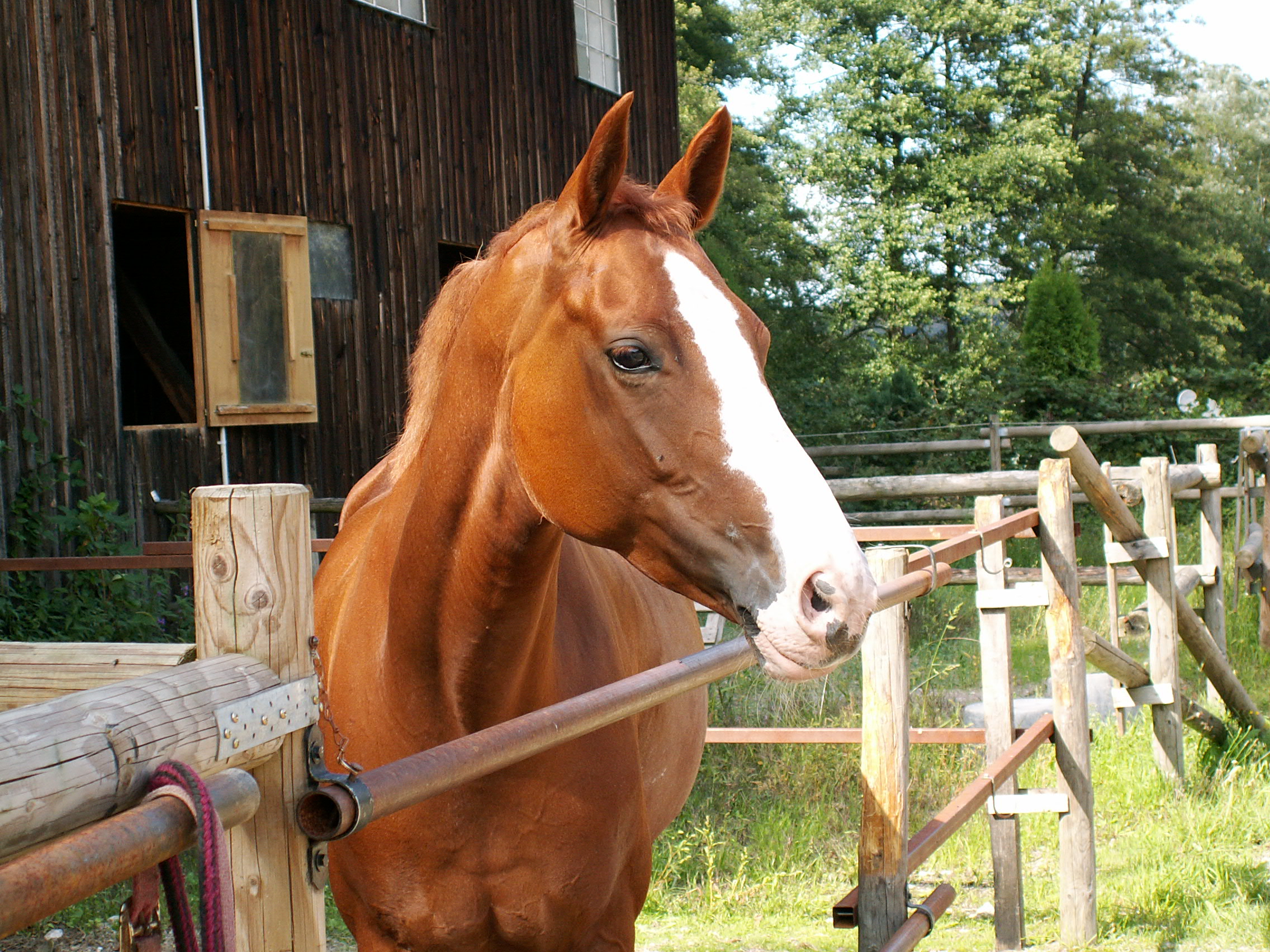 “Walk Like An Angel” by Weltmeyer, nicknamed Angie, came to us in 2004 as a three year-old. She was an eye-catcher at the competitions. 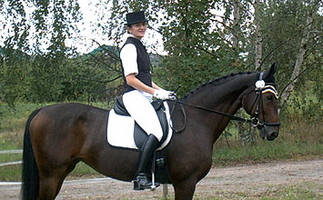 Contessa by Captain came to us in 2003 as a nine-year old. We took her over from a student who had to relocate for professional reasons and no longer had enough time for her own horse. In 2007, we lost her during an episode of colic. 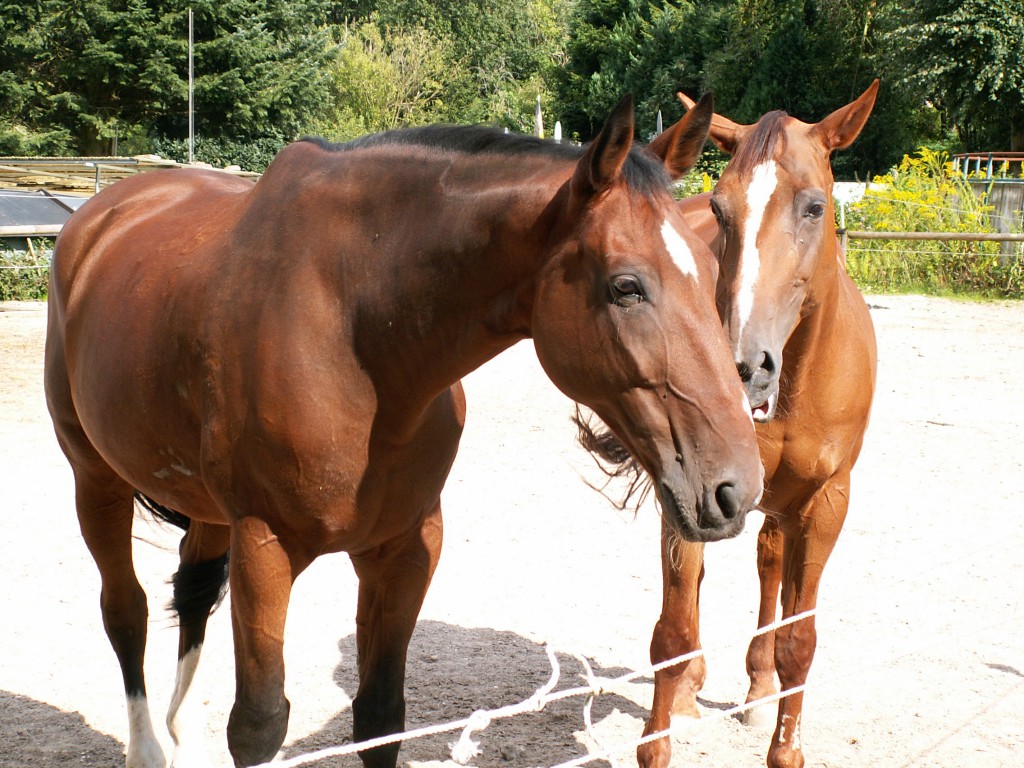 Poseidon came to us as a 12-year old in 2006 when we had our teaching business at the Neurod Equine Center. He was trained to M Level and was always a gentle giant with the students. 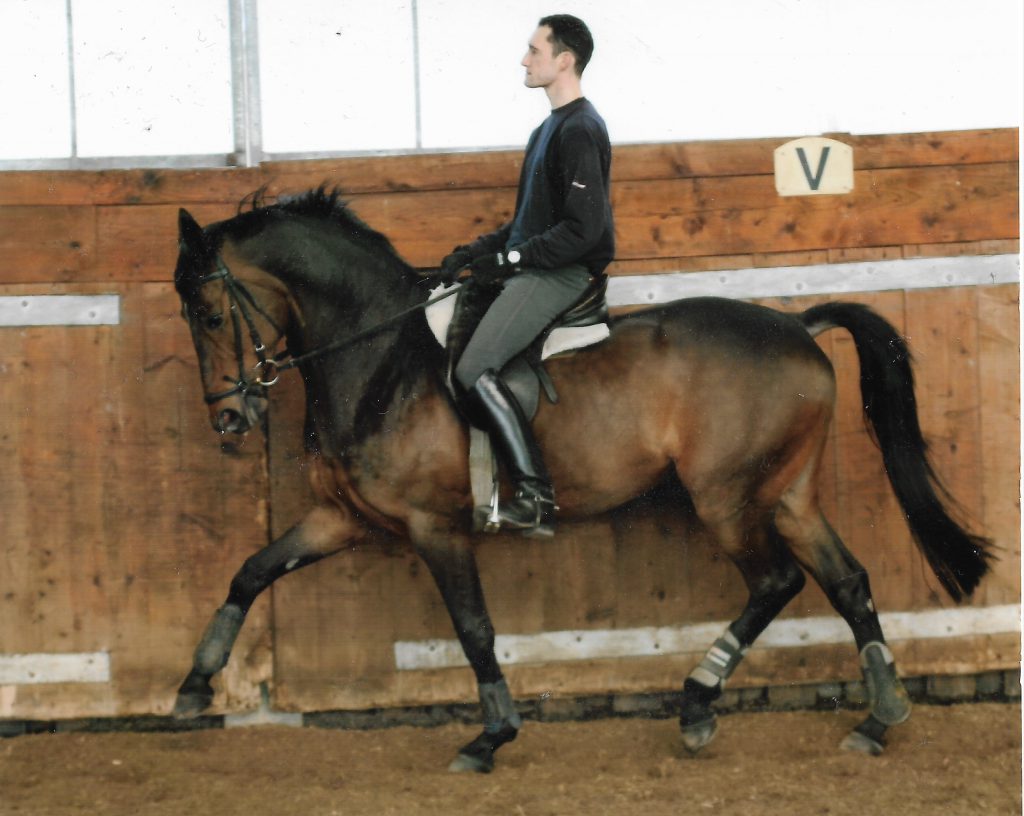 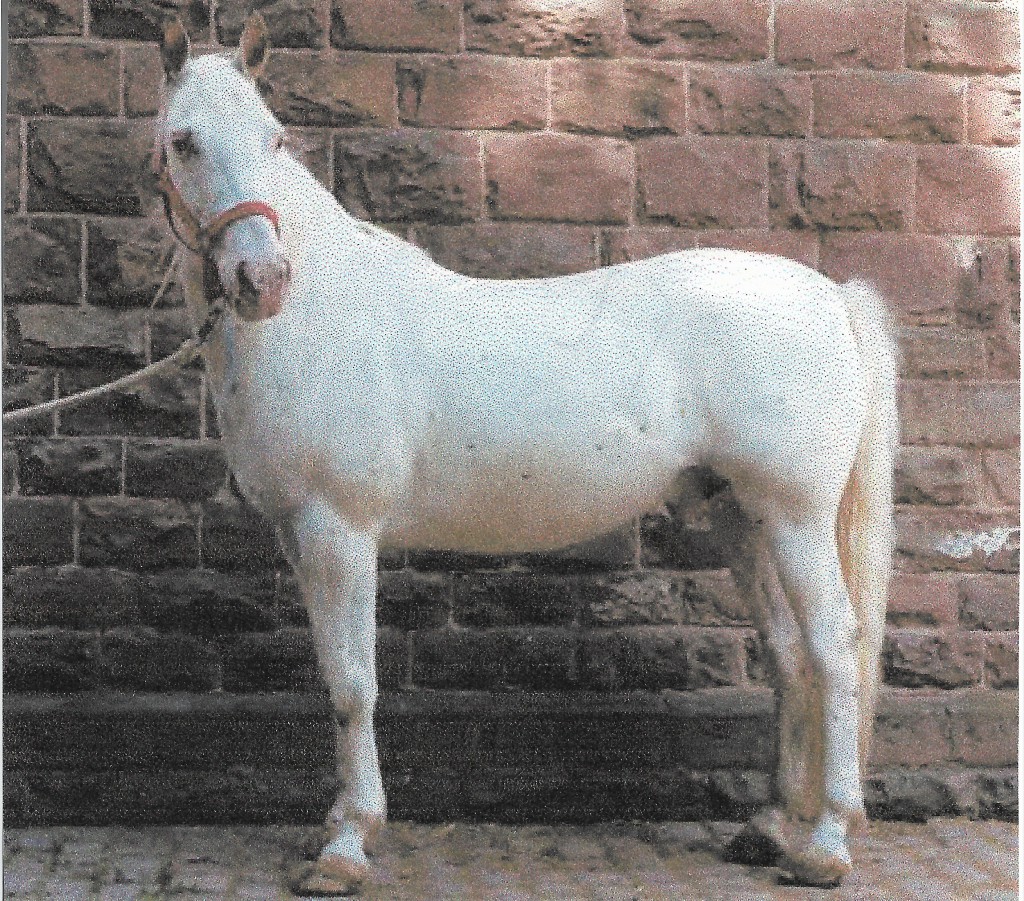 Pedro was an Appaloosa-Spanish cross.

He came to me as a six year-old in 1999 for training and he’d been ridden Western in a very sensitive and refined way, so converting him to classical dressage was no problem at all. His coloring was extraordinary; he had tiger stripes with very faint spots and could have passed very easily as a Lipizzaner. Sadly, in 2006 when he was 13 years old, we had to end his suffering of laminitis. 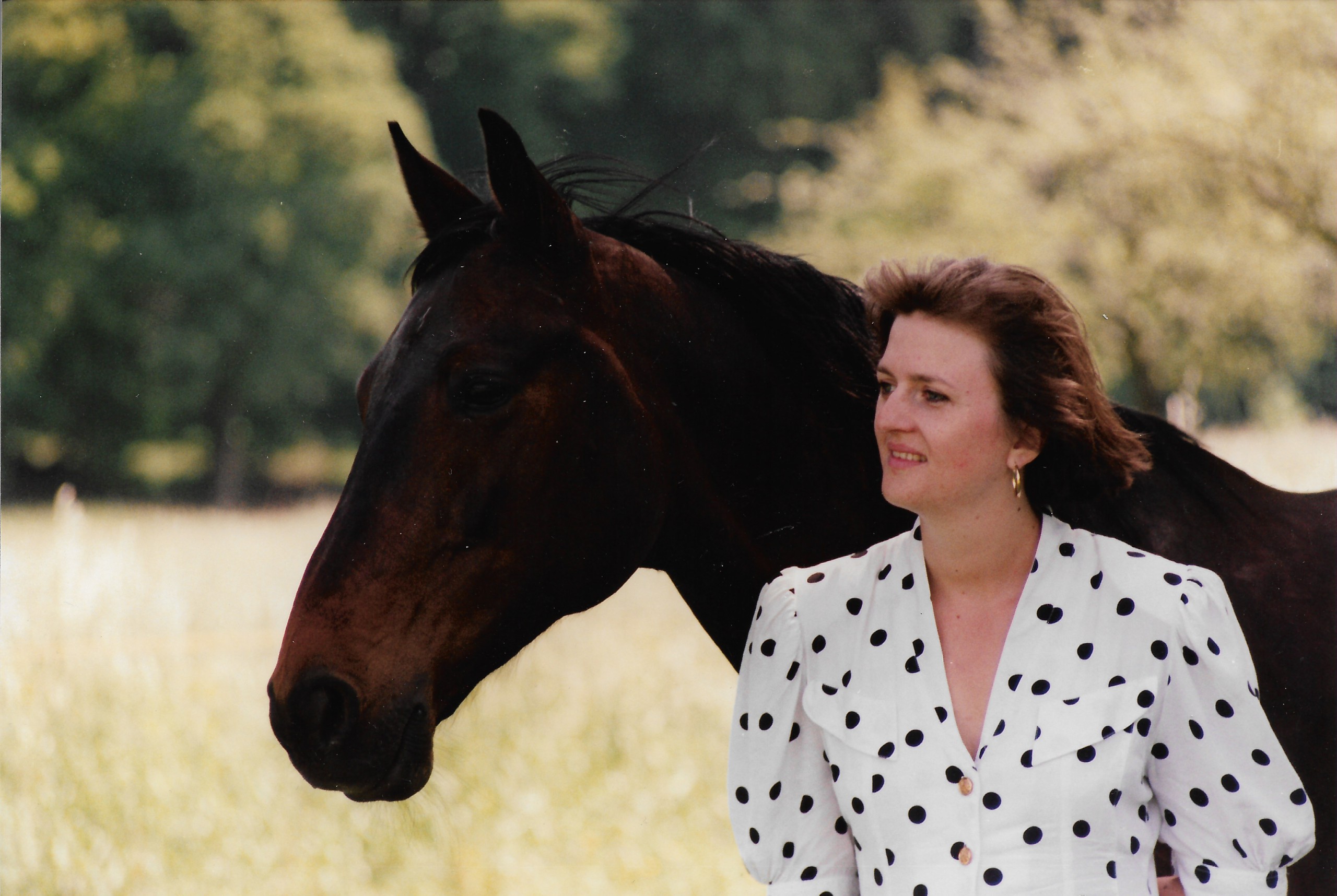 My “riding career” at the Riding Institute von Neindorff began with Wotan. I got him when I was 18 years old and was just able to afford a horse of my own. He was a Trakehner by Widukind out of a Thoroughbred mare.