The Obituary for My Best Horse Ever

One of my students named her “Frau Professor” and that’s exactly what she was; Utina was my masterpiece. She’s the one who made me take a three-month break from the Riding Institute [von Neindorff], she was that difficult to ride. Her sensibility always got in her way. She was the Ferrari I could only “service” with difficulty at first. Herr von Neindorff helped me a lot and as we had just started working on the Piaffe he used to say, “This one can sit like the devil!” In the Piaffe, she was a natural. One step was exactly like the next, and from there she could go into the Levade with great ease, despite the fact that it’s the most difficult “Air Above the Ground.” During our time in Neurod she was often put on the longe line to help students develop their seats. If a student wanted to use a leg aid, she just lazily switched her tail; at the second attempt she would turn around and look at the rider’s leg for a second and then continue to ignore the student. But as soon as the student’s seat was properly engaged, it was “no problem!” and she would respond immediately as if to say, “You must address me correctly!”

In March 2009 we decorated the cover page of Cavallo Horse Magazine as part of an article about “Work in Hand and Under Saddle.” Then in 2010 when we moved to Rotensol, Utina was more or less retired. We took her out on the trails a lot, and she carried little children for “Pixie Vaulting” with the greatest patience. In January 2019, when she was 29 years old, we made the decision to put her to sleep. 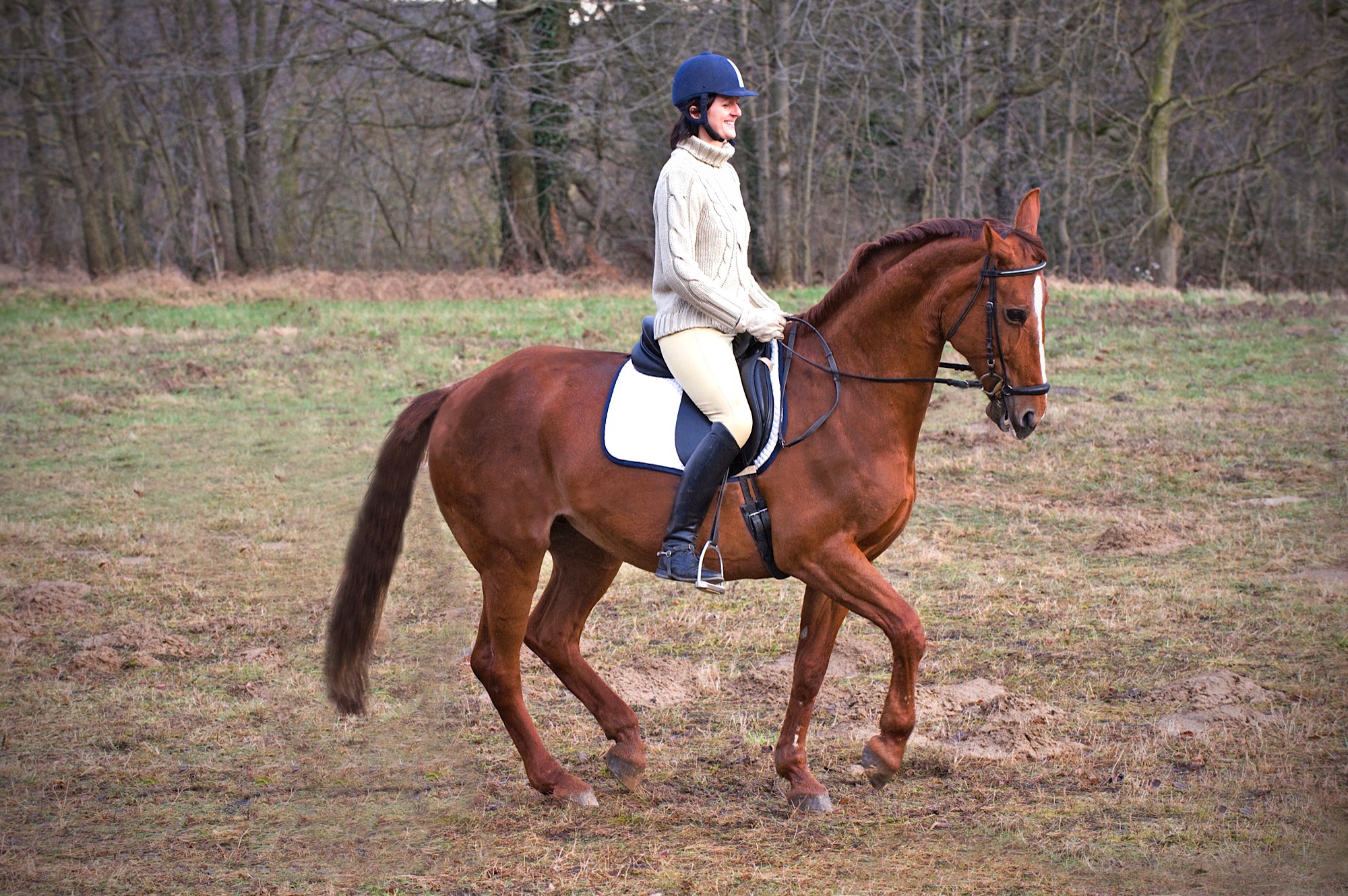 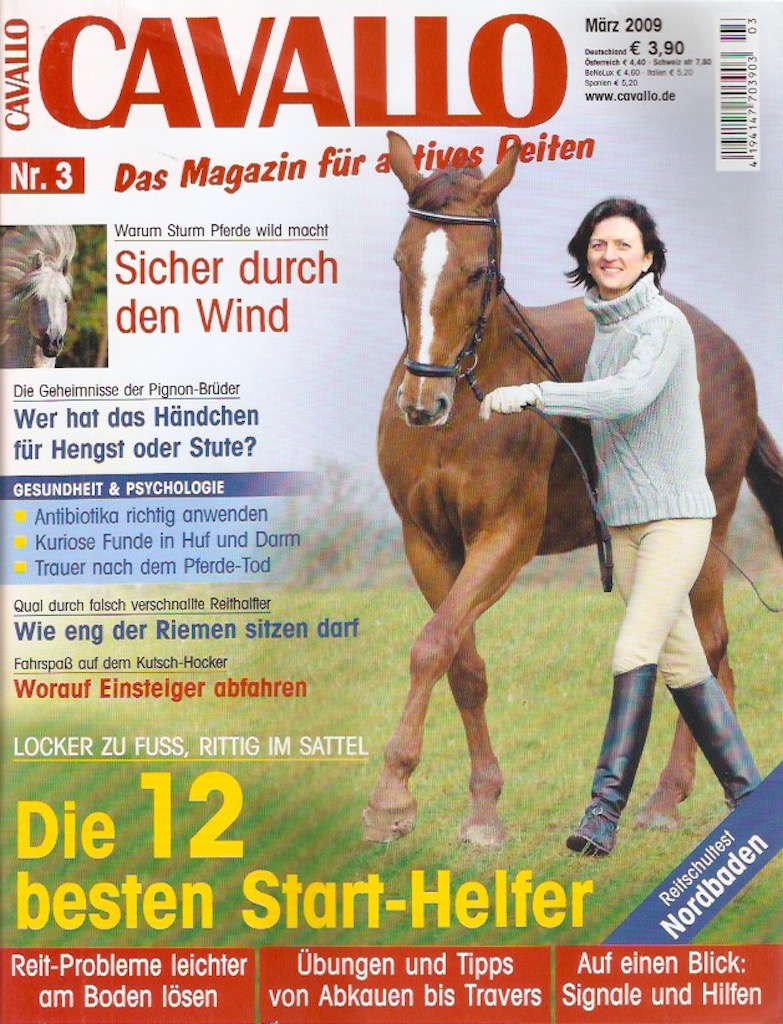 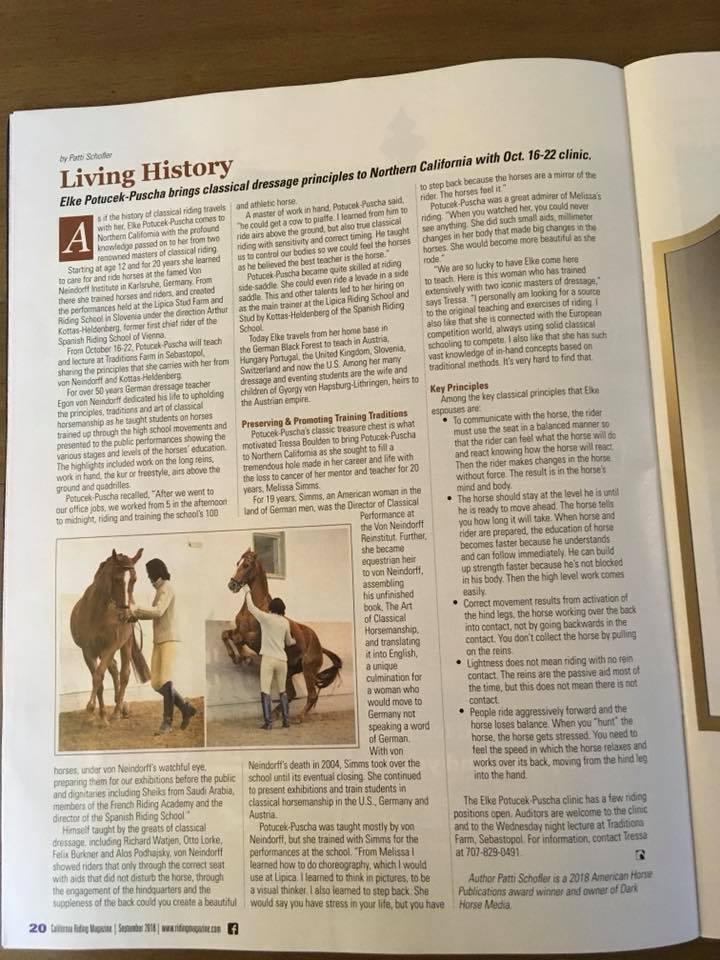 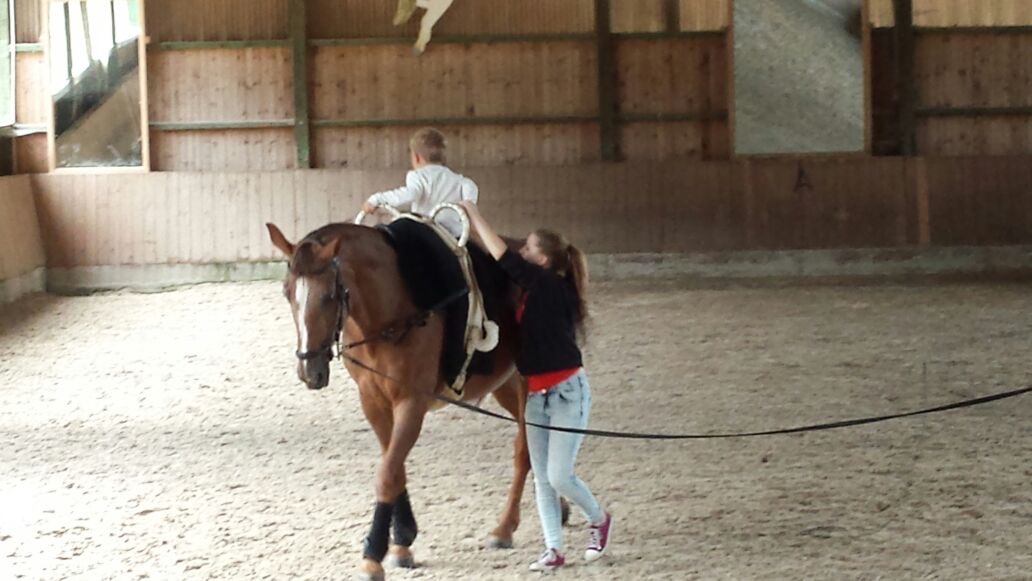 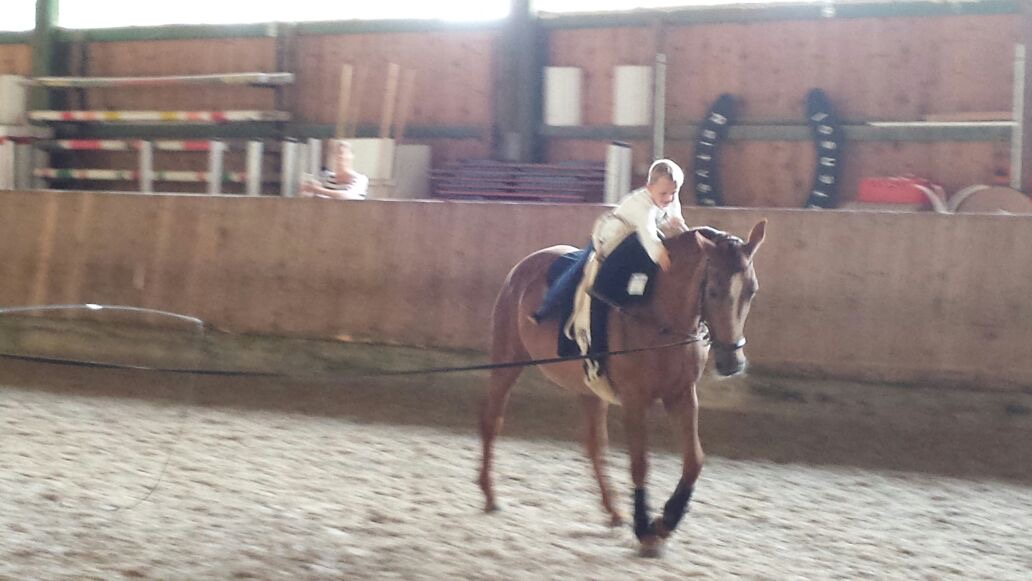 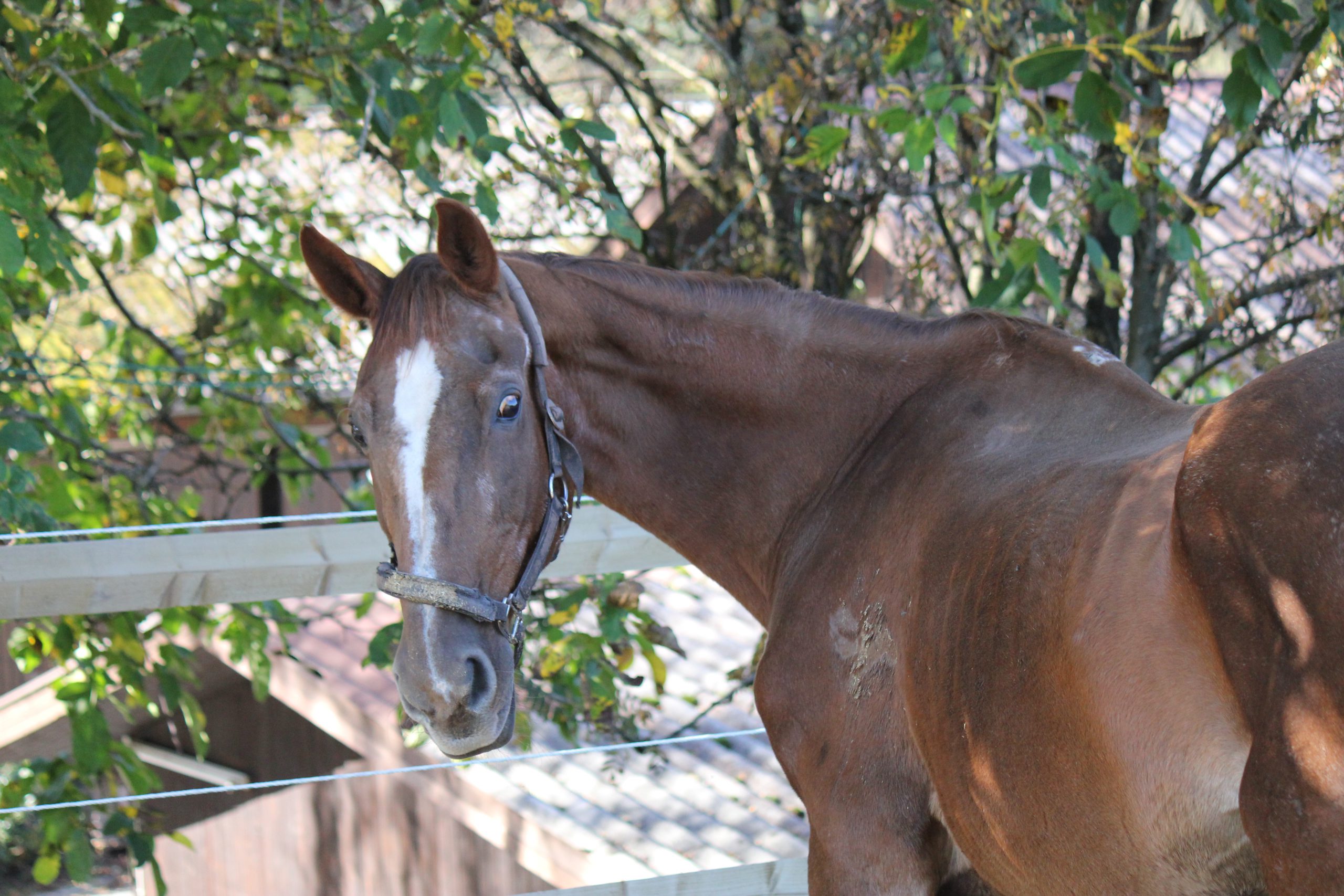