Escadalo was trained in Madrid and used for bullfighting. He was severely injured during a “Corrida” when the bull stepped on his hoof and then ripped him up quite badly. Because he was such a beautiful specimen, he was rescued but then sold on cheaply to a German horse dealer. There a former student of mine found him and fell in love with him, but he was so difficult on the ground and under saddle that after two years she gave him to me. I administered physiotherapy to his injured foot and for the next two years worked him only on the long rein. During this time he also appeared in the formal presentations at the Riding Institute von Neindorff. He was heavenly at teaching correct seat development; the mere lifting of the upper body and he would take the canter and his movement was super-soft. He taught riders to use very refined aids and to use their seats more than their legs; then he would run like a clock. Escadalo was our heart horse. He could sense if you were doing well or if you needed a spiritual hug. He knew he was mortal and lived his life joyfully despite his painful arthritis. The morning that he died, he was running around in his paddock like a three year-old, but that evening, while turned out to play in the indoor, he fell and, at the age of 29, had to be euthanized. We will never forget him! 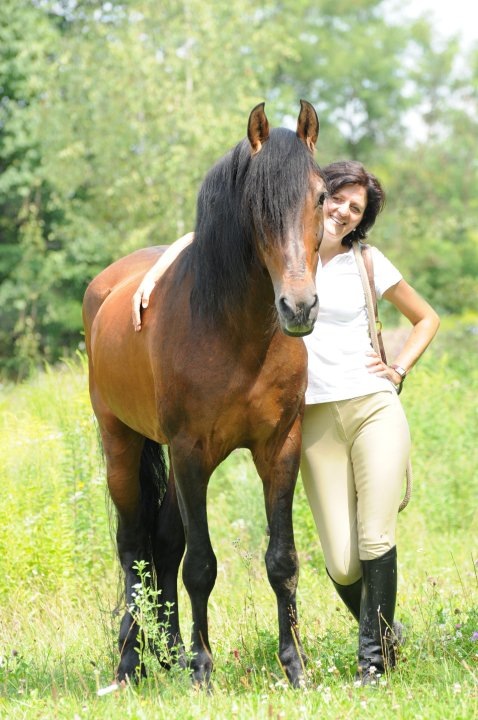 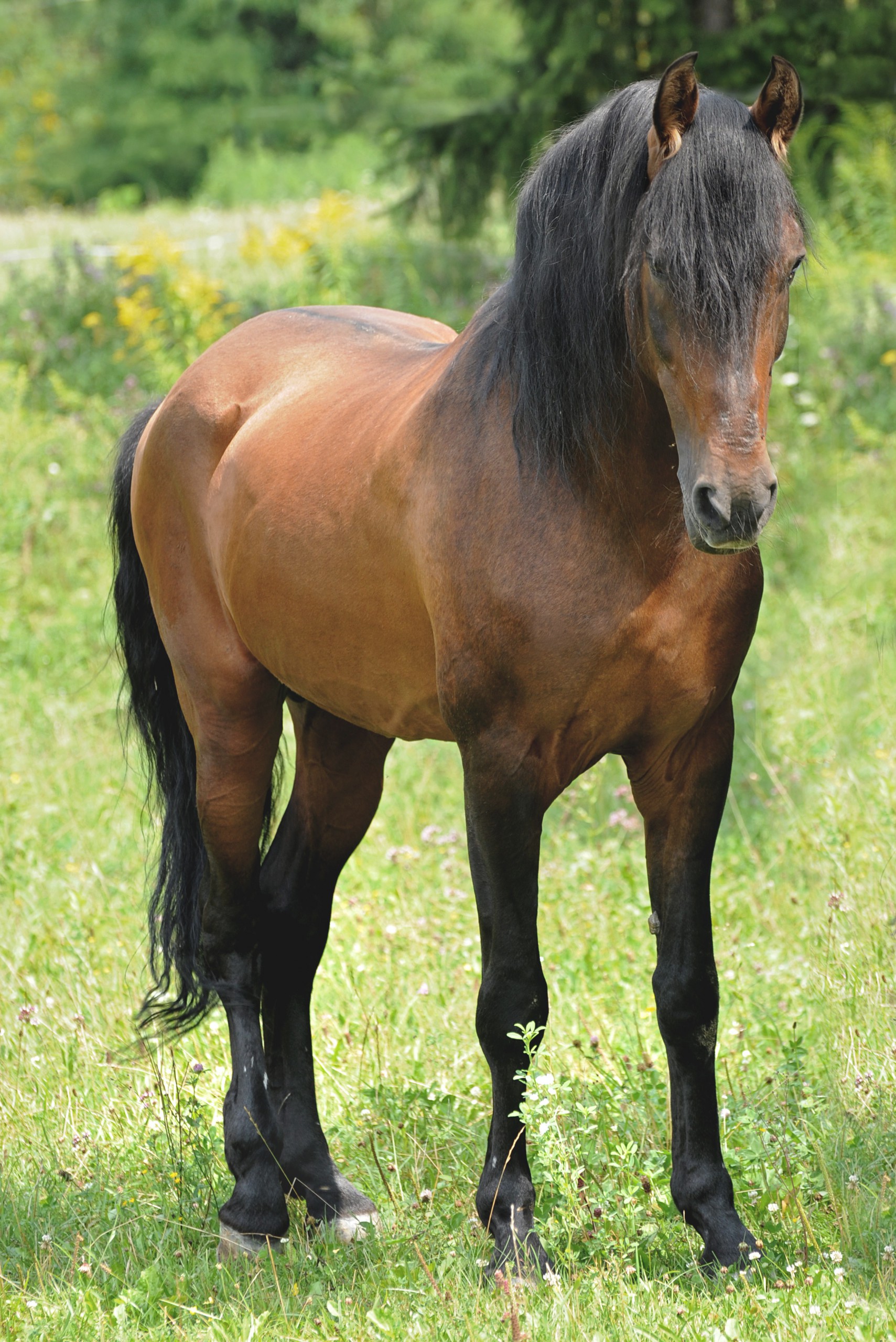 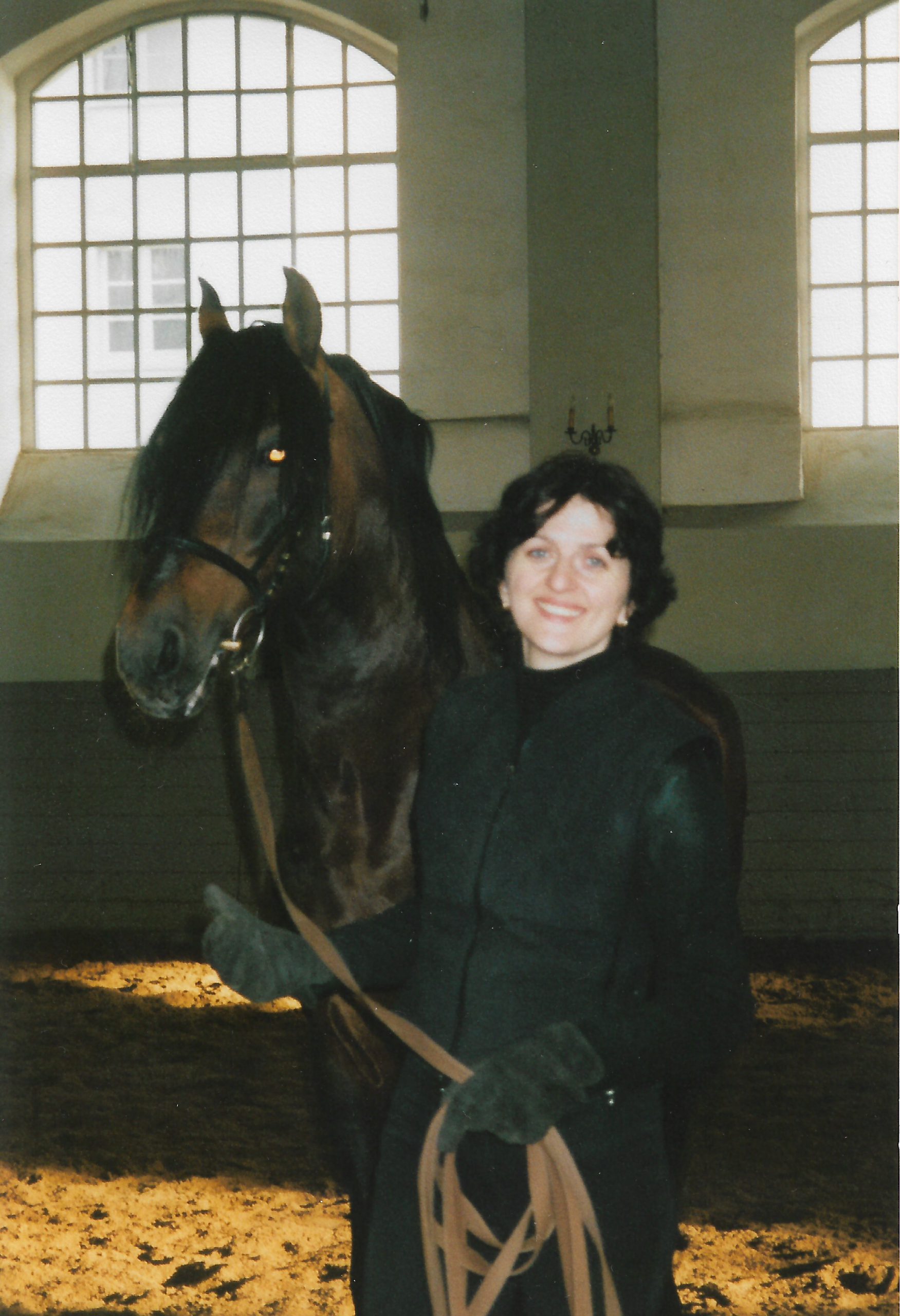 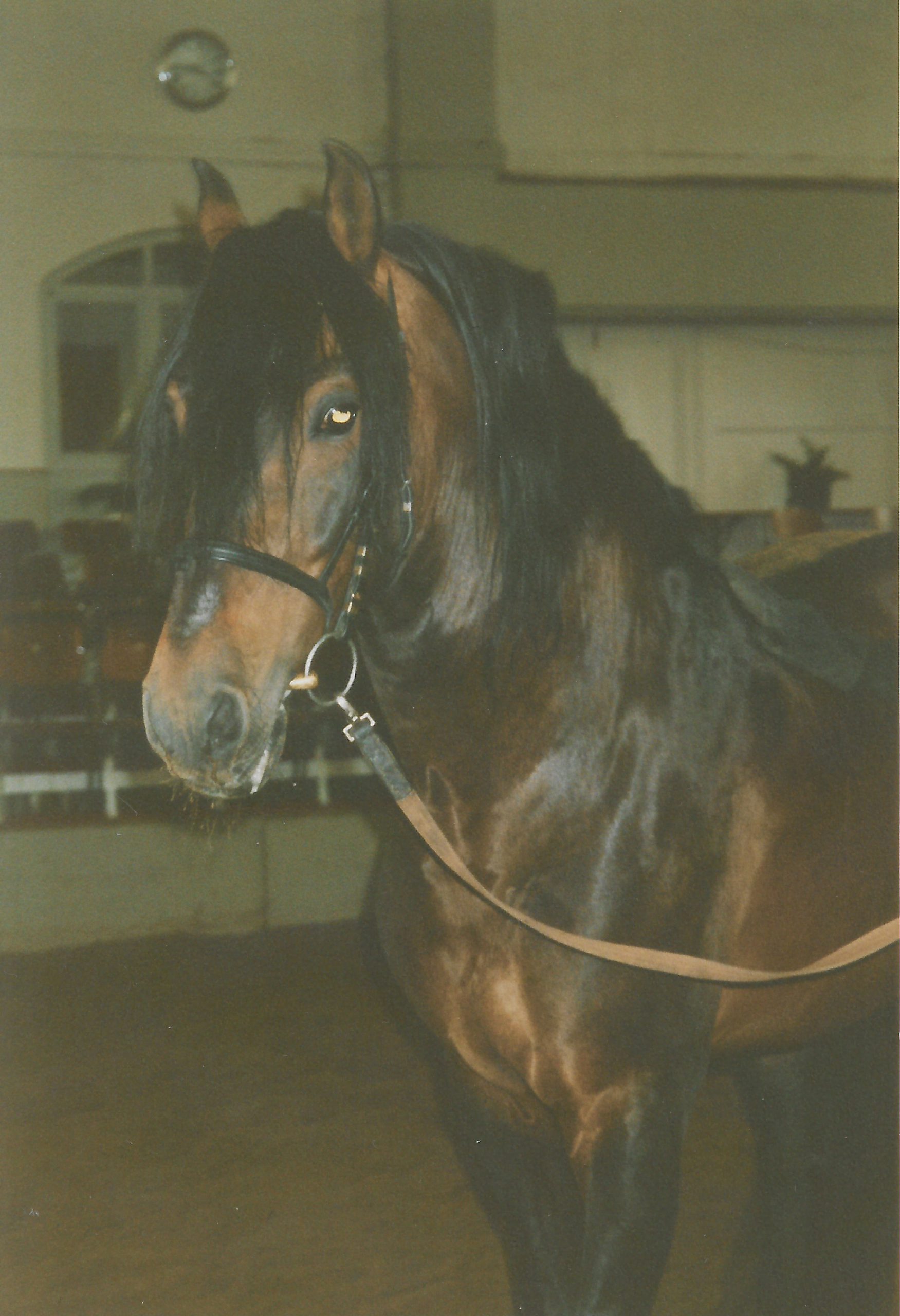 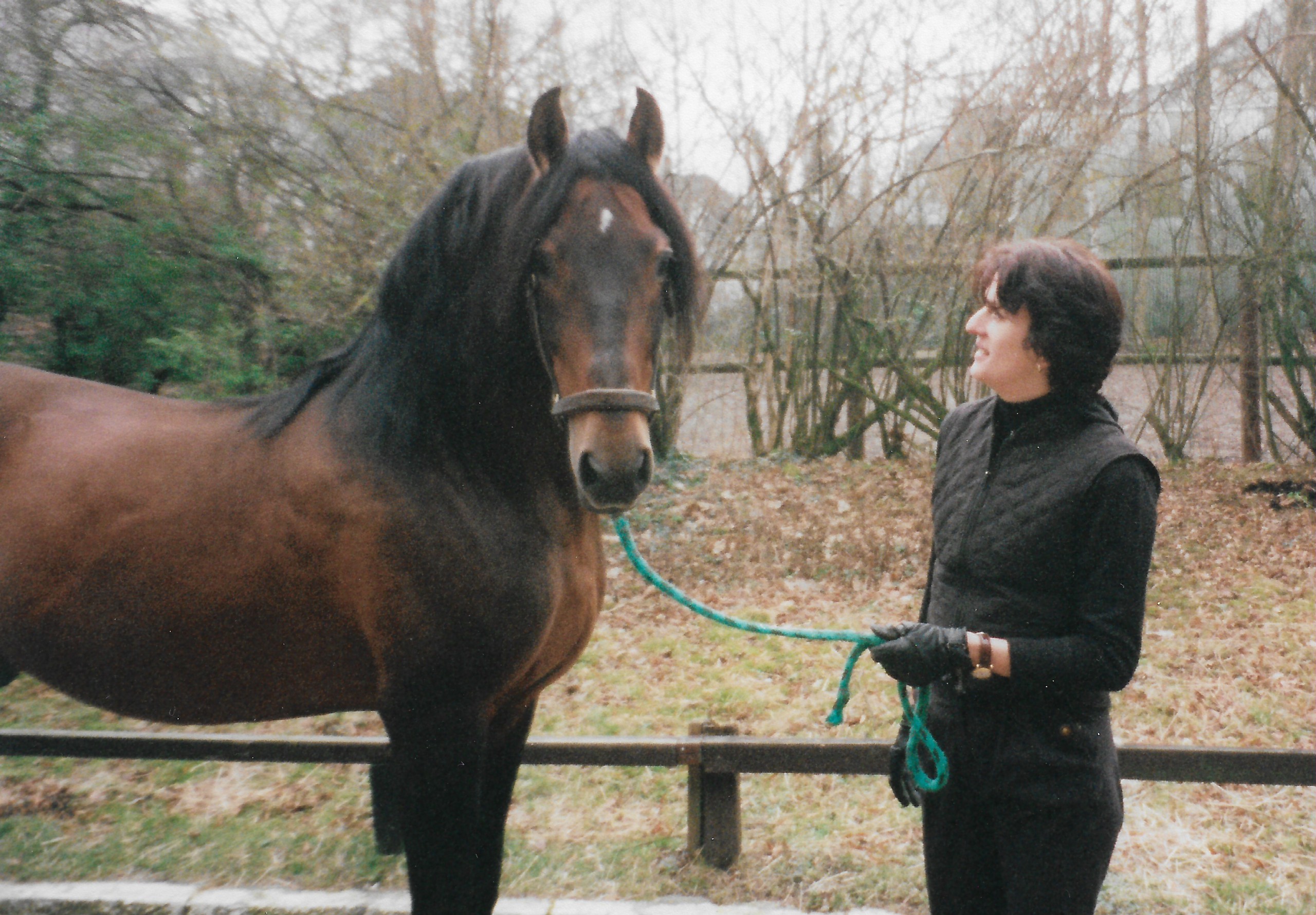 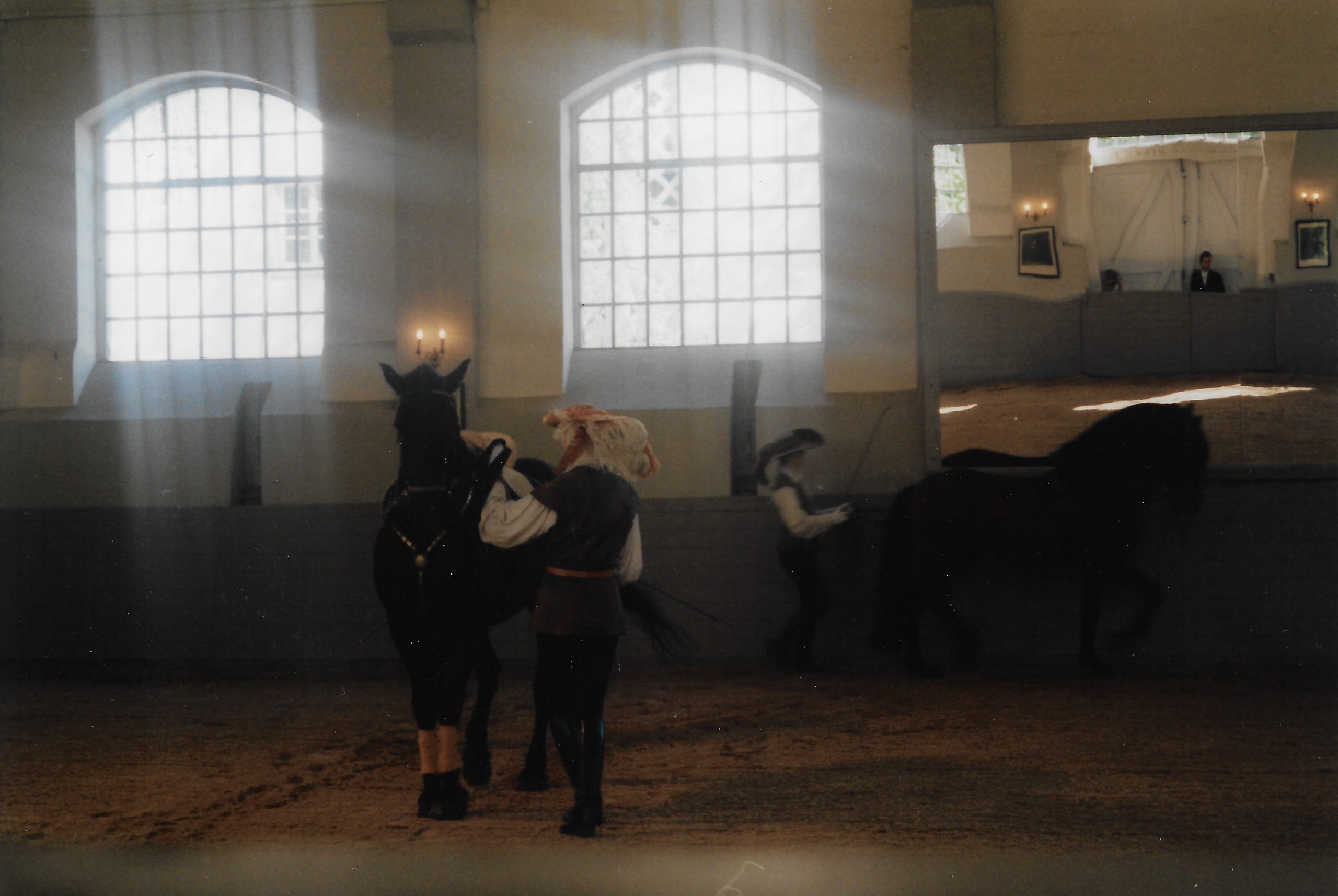