He was sired by Elfengeist and out of Akazie from Argentina, one of the best broodmares at the Schlossaecker Stud. He came to my barn as a freshly-started three year-old. At that time, Patric started the youngstock as general riding horses and was enchanted by his calm composure and by the fact that he was such a babyface. We turned him away for a few months to begin with and then put him back into training as a four year-old. He had a lot of competitive success, beginning with the Four- and Five-Year old Dressage Horse tests and continuing through the M-Level tests [equivalent to Third Level Test Two through Fourth Level Test Two] as a ten year-old. He also made a beautiful photographic model. Fritz Stecken needed two equine models for a photo shoot that appeared in Cavallo Magazine; they were trying out his newly-developed curb bits and bridles. Elfenherz and Brilliant were the test models.

In 2014 we decided, on the spur of the moment, to sell him to one of our Swiss students, whose own horse had unexpectedly gotten injured and had to be retired. There Elfenherz continued to compete at the M-Level and is enjoying his life as a neutral Swiss citizen. 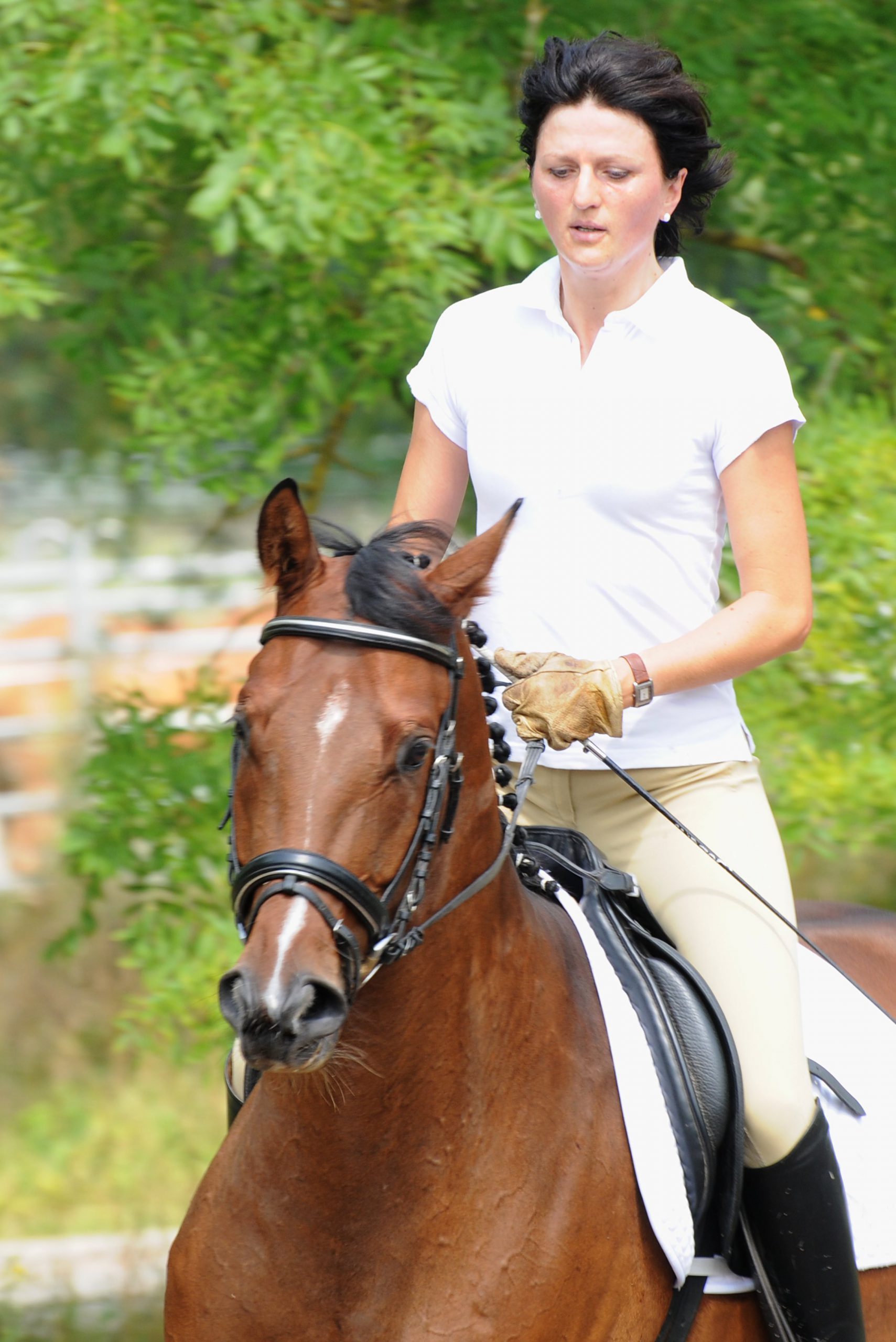 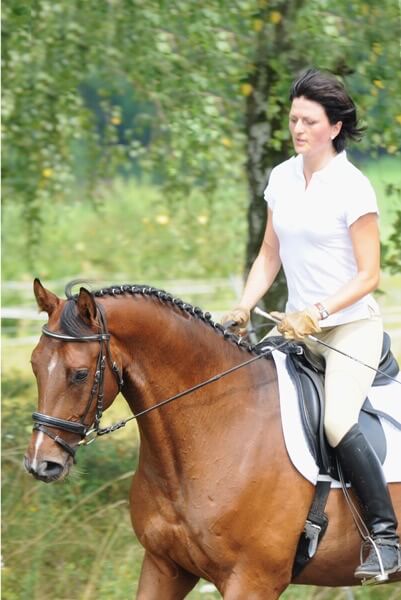 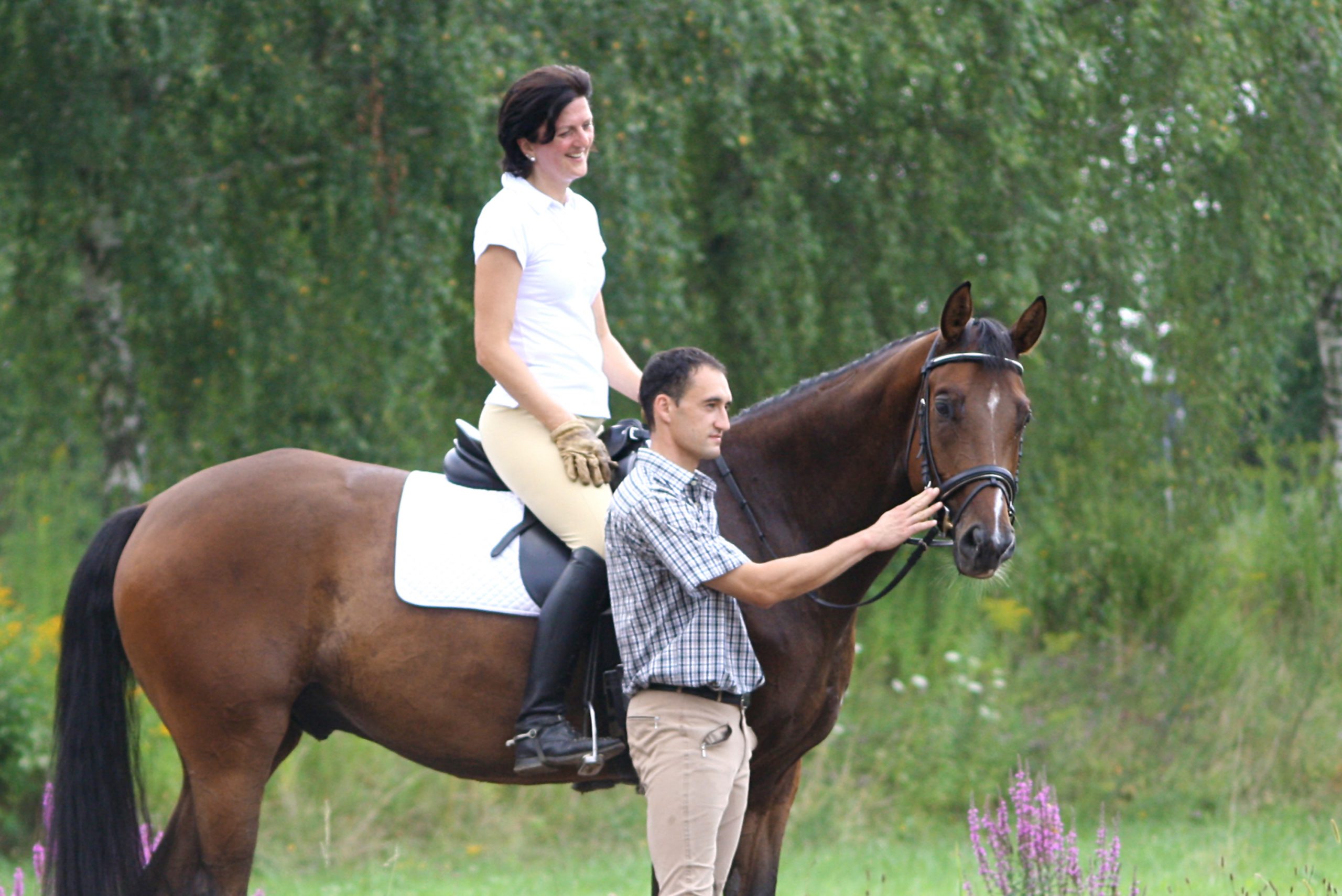 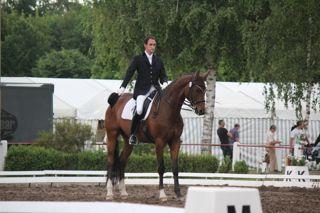 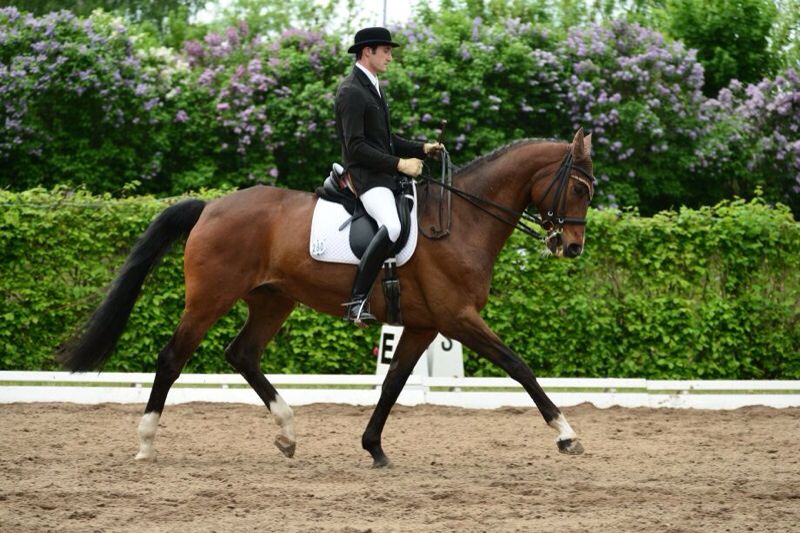 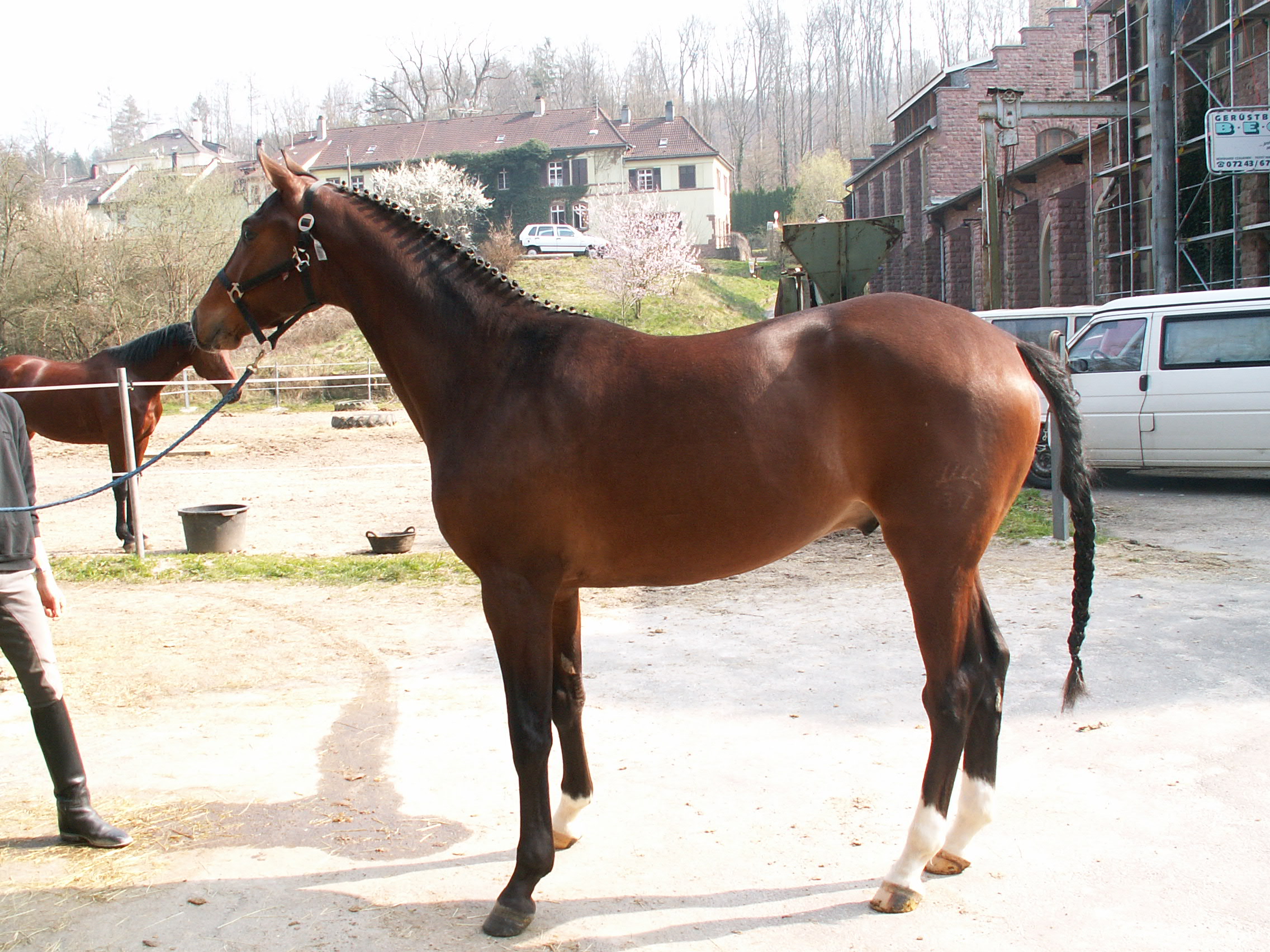